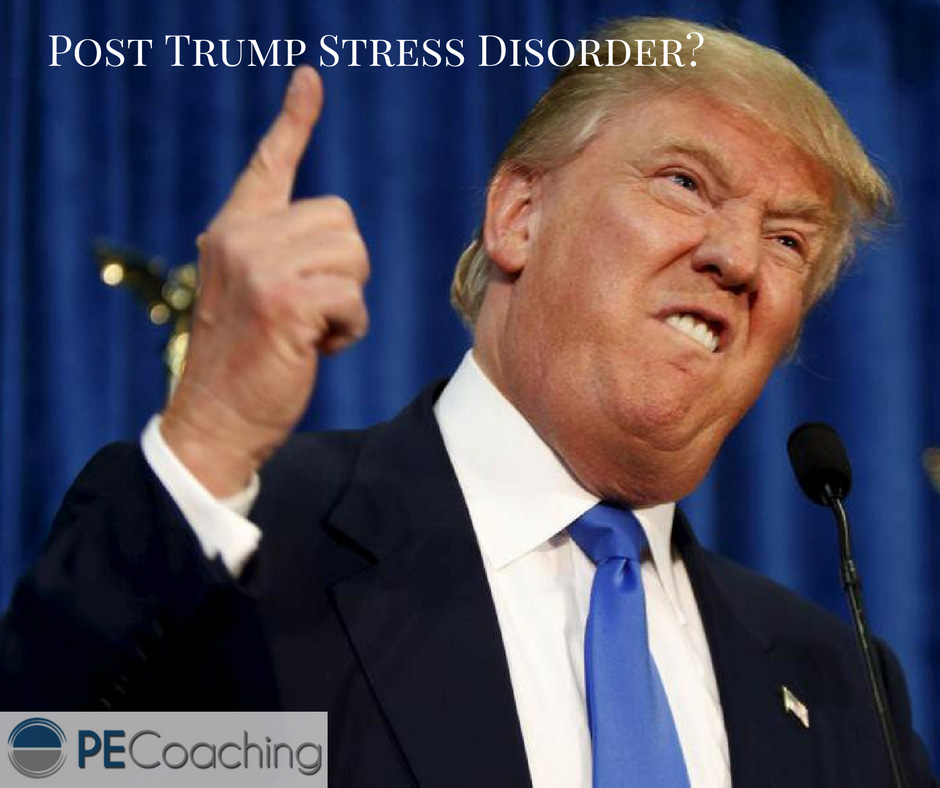 Irrespective of your politics and just looking at the man himself, his values and his behavior, you've got to question where people are at to have enabled such a thing to happen. What has happened that has brought such an apparently immoral and potentially criminal character with questionable financial records to such a position as to lead a super power?

In the days following the election it has become apparent that Americans supported Trump as a protest vote; to air their grievances at a system or establishment that they feel has failed them. A king hitter from that very establishment is who they chose. It didn't matter that he's corrupt, a failed business person, a groper, a spreader of hate and division. It's a pretty diabolical thing to do given what's at stake.

I'm not sure about you but my FB feed has been in free fall since. The one thing that's common is that there are many, many reasonable people all around the world who are now filled with a deep sense of dread and anxiety about what this means, not just for the US but for the world. And that anxiety feels very real for many. My wife was in a deep state of angst. She knows what he'll do for the environment and climate change, and the subsequent impacts that will have on all of us, human and non-human.

So I wanted to share something that she found on her FB feed from her network and that helped her.

Elizabeth Gilbert, author of 'Eat, Pray, Love' has a call to action for herself at deeply challenging moments. And that call to action to herself is asking the question: 'Who do I want to be in this situation?'

In a world that feels as though it's lost its marbles (think Brexit, Syria, climate change to name a few) it's easy to feel a sense of hopelessness, angst, depression, and even anger. But this doesn't serve anyone, least of all you. Yes, crazy, horrible things are happening all over the place, but plugging your emotions wholeheartedly into those horrific things is not going to change the outcome, once done. That's not to say you can't feel emotions; of course you will, if you're anyone other than Trump (and other psychopaths) you are going to feel emotionally affected about horrible things. That's what normal human beings do. But you need not let it affect you to the point that you can't function effectively. Being energetically depleted can exacerbate your feelings of hopelessness and helplessness, and if not addressed, can lead to physical ill health. You need to feel empowered at challenging times so you can feel as though what you do matters, no matter how small or trivial.

The one thing you CAN control in out of control situations is how you want to respond to it.

This is simple but not easy.

Think of all those babies and children being killed and injured in Syria. Think about what's happening to species around the world, being wiped out for human profit and greed. Think about people close to you, or maybe even you, going through ill health and potentially terminal illnesses. Think of Trump taking over the Western world. These are big, horrible, devastating things. But you can still choose how you are going to respond to them.

This is actually one of the things I focus on in my trainings and coaching. What Elizabeth Gilbert is suggesting is being at cause rather than at the effect. Are you at cause of what's happening to you in response to a situation or are you letting yourself be at the effect of what's happening? When I say 'letting yourself' I'm not saying it as a weakness. A lot of this happens at a deeper conscious level. It's about how you habitually respond to difficult or challenging situations. Do you blame others or do you accept responsibility for what has happened and empower yourself to carry on?

In response to Trump's win, Elizabeth Gilbert & her partner switched off all devices, lit candles, meditated to gain clarity of what was happening and consciously asked themselves who they wanted to be in this situation. As was their usual response (yours may well be different) they wanted to be: calm, strong, open-hearted, curious, generous, humorous and patient in response to this challenging situation. They chose the same response to a terminal cancer result in Elizabeth's partner. It doesn't get more challenging or distressing than that, yet they still chose who they wanted to be in that situation, which undoubtedly made the situation more tolerable, given the circumstances.

To be human is to be a flawed and emotional creature. You will get plugged in to what's happening around you but when it all gets too much ask yourself 'who do I want to be in this situation?'. Take back control over your emotional response. It will make all the difference to you, and everyone around you.

And as for Post Trump Stress Disorder, take comfort that more of the world are feeling what you're feeling than you can possibly imagine. Now it's about projecting the person you're deciding to be in this situation.