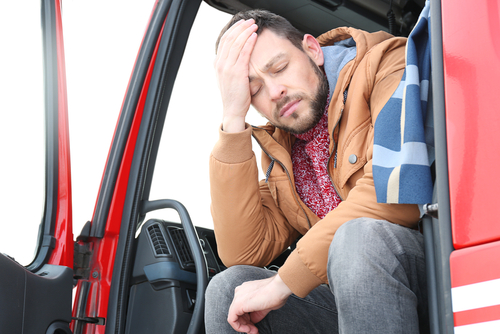 In all my years of training and coaching there's one thing that consistently stands out. Mental health issues: acute ones like anxiety, or chronic ones like depression, can hit anyone. They don't discriminate.

I've seen all ages, all genders, rich and poor, executives, CEOs, teachers and tradies debilitated by mental ill health. Anxiety is one issue that crops up far more than most. And it's no surprise really. Anxiety is one of the most common mental health disorders in the western world. In any one year 2 million Australians experience anxiety disorders (Australian Bureau of Statistics. 2008. National Survey of Mental Health and Wellbeing). In the US it affects around 40 million people per year. And based on current trends that number is set to rise.

Sadly many people are too embarrassed to open up about their anxiety, keeping it to themselves, seeing it as a weakness or something that they need to carry alone, especially if they are successful. They're worried about what their employer, employees, family, peers would think if they opened up about their anxiety or other mental health issues. And in its place they carry around a very heavy burden that is likely to be significantly impacting upon their quality of life.

I recently had a client, a truck driver who was as Aussie as they come, who opened up to me about his life long anxiety. He'd been carrying this around forever and now, coming into middle age, the weight was beginning to get too much. I had not spoken to him for very long, building rapport quickly to enable him to have trust in my ability to help him. It was a sad story. This big tough sounding truckie had suffered from anxiety since he was 3 years old. His mother constantly threatened to suicide, which as a child is pretty much the most frightening thing that could happen, other than actually losing your mum. You can imagine then that his school life was affected and his learning abilities sabotaged as he disassociated from normal life, totally stressed out about his home life. In turn, with poor learning outcomes and poor self confidence his employment opportunities became limited, and as a result, he struggled financially. This train wreck started for him before he was barely conscious and caused by something out of his control. Anxiety had become a part of him and for the most part he had learned how to live with its debilitating impacts. Until now.

He threw himself into work and worked 13 hours a day 6 – 7 days a week. His hard work led him to promotions that he would reject due to the anxiety of change and being able to do something different. His own treatment was to self medicate with cigarettes and alcohol often dealing with the anxiety by drinking heavily at night. On the outside he appeared to be stoic and and strong. He looked as though he had it all together. He helped others. But on the inside he was a mess. Women were drawn to his kind nature but he would push them away with the feeling that that he was not equipped to be a husband or family man. He left a trail of broken relationships in his wake.

Sadly this is not a unique story. It's highly likely that if you're reading this post, you are suffering from anxiety and may even have a similar, sad story.

The upside is that anxiety, life long held or recently started, is treatable. And pretty quickly. Since acquiring the training and skills to be able to help people in this area over 10 years ago, I have dealt with my own chronic anxiety. I still get stressed out but anxiety doesn't take over and cloud my ability to function as it had done for the better part of my young life.

With anxiety rates rising exponentially, where I would say we are experiencing an epidemic, I'm determined to help as many people as I can to make anxiety history.